Donnacadh is an Olivier Award winning director specialising in new writing. His productions have played at The Royal Shakespeare Company, in the West End, and internationally.

His world premiere production of Rotterdam by Jon Brittain opened in London’s Theatre 503, transferred to the Trafalgar Studios, and went on to win the Olivier Award for Outstanding Achievement in an Affiliate Theatre, subsequently playing in The West End, Off-Broadway and toured the UK.

His recent acclaimed production of Electrolyte premiered at the Edinburgh Fringe, subsequently touring the UK and Ireland, and is in planning for runs in London, off-broadway and across the US in 2021.

Favourite productions include: Always Orange by Fraser Grace for the RSC, which reopened the famous The Other Place Theatre; Mother Christmas at Hampstead Theatre; his collaborations with actor/writer Bella Heesom include their lauded My World Has Exploded a Little Bit about grief and mortality, and Rejoicing At Her Wondrous Vulva The Young Woman Applauded Herself, about sex and the self; and unique cross art form pop-up theatre PEEP, which featured at the Edinburgh Fringe and Latitude Festival. 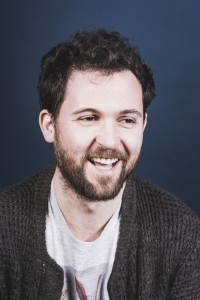