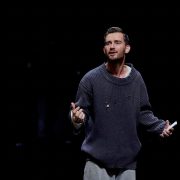 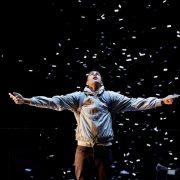 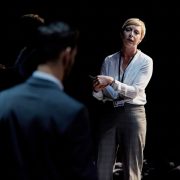 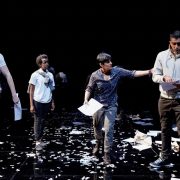 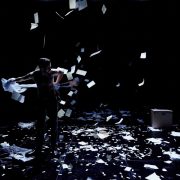 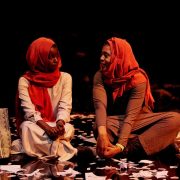 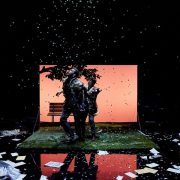 Venue: The Other Place, Stratford-Upon-Avon

World premiere as part of The Other Place Festival, opening the new TOP. In rep with Erica Wyman’s production of Revolt. She Said. Revolt Again. by Alice Birch, and Nadia Lafit’s production of Fall of the Kingdom: Rise of the Foot Soldier by Somalia Seaton

“In O’Briain’s adroit production, the bits of ash that fall from the sky like great white moths are the torn pages of books. Explosions don’t shatter the silence – they are a profound and terrifying silence… the staging, and Madeleine Girling’s pared-back design, demonstrate the lightest of touches. ” Lyn Gardner, Guardian ★★★★ (Critics Choice)

“It’s directed with clarity and intelligence by O’Briain… a visually stunning production. The black stage accumulates sheafs of paper, books, scraps that fall from the ceiling until it’s a blanket of trodden-upon literature. The stage gets messier as the world does. Tim Bano, The Stage ★★★★